The MOTM-120 contains two 4-stage sub-octave dividers, a digital mux, and four digital ring modulators. It operates in one of two modes, selected by the cleverly named MODE switch. 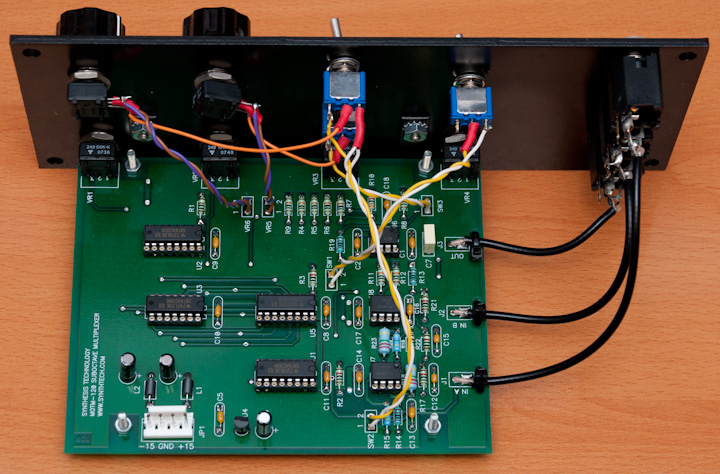 The MOTM-300 Ultra VCO has unmatched performance where it’s needed most: stability and tracking. Using 4 separate temperature compensation servo loops, the average drift over 12 hours is typically 0.01% or about thirty times better than a Moog 921B VCO. The tracking circuitry uses an ultra-matched differential pair transistor array that will hold over a minimum of 15 octaves! 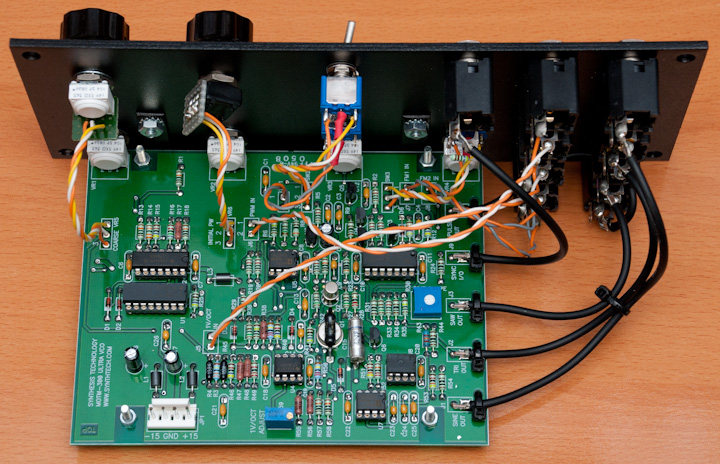 The MOTM-390 is a very versatile LFO. It contains two LFOs in a single module. The first LFO uses a panel control, while the second is 1V/Oct voltage-controlled with FM. 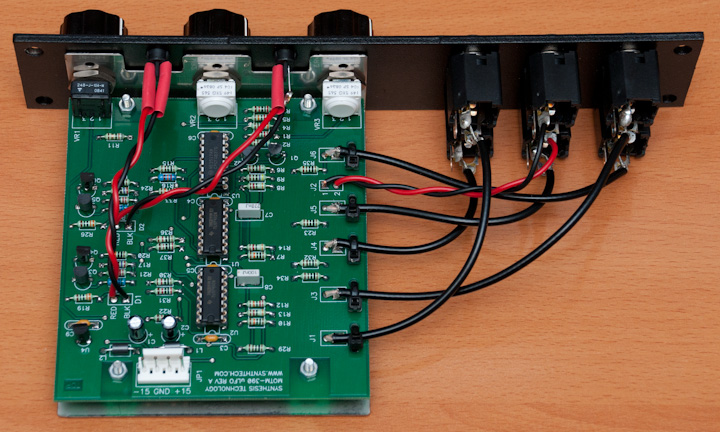 The MOTM-410 contains three voltage-controlled bandpass filters and a dual voltage-controlled sinewave LFO. The module is based on the Korg PS-3100 filter structure. It uses the same vintage components: Vactrol resistive elements for a smoother, ‘liquid’ phasing sound, and JRC4558 bipolar op amps. 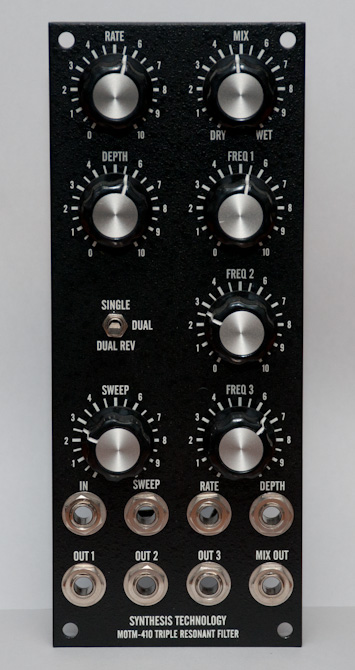 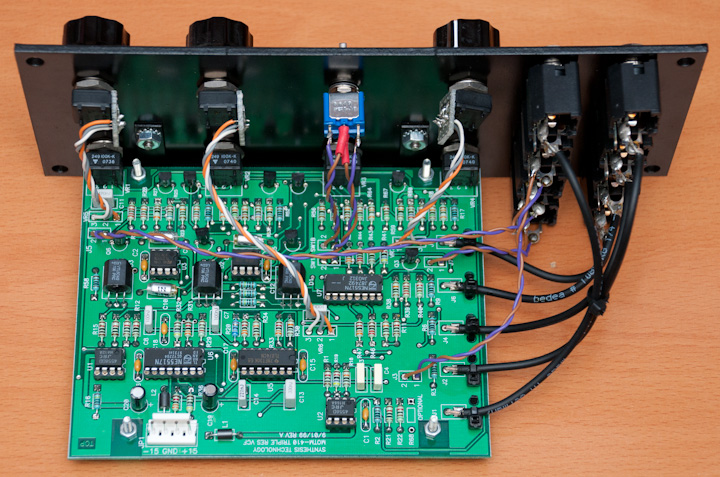 The MOTM-830 is a dual mode (audio and/or control voltage) mixer. The mixer can be  configured into either one 6:1 or dual 3:1 mixers. The mixer is “split” when a patchcord is inserted into the OUT 2 jack. 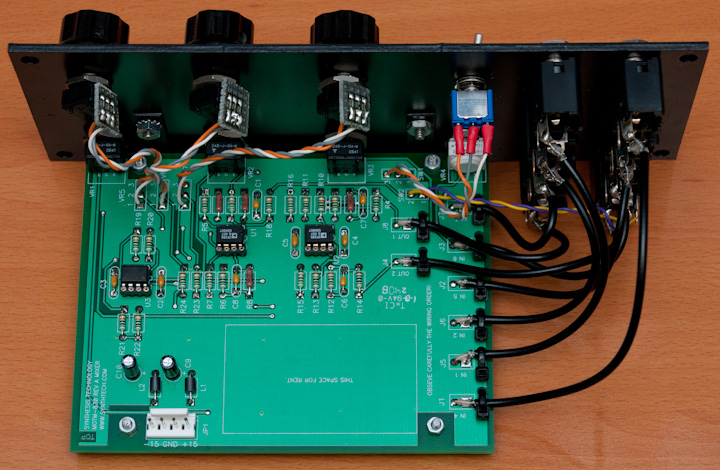