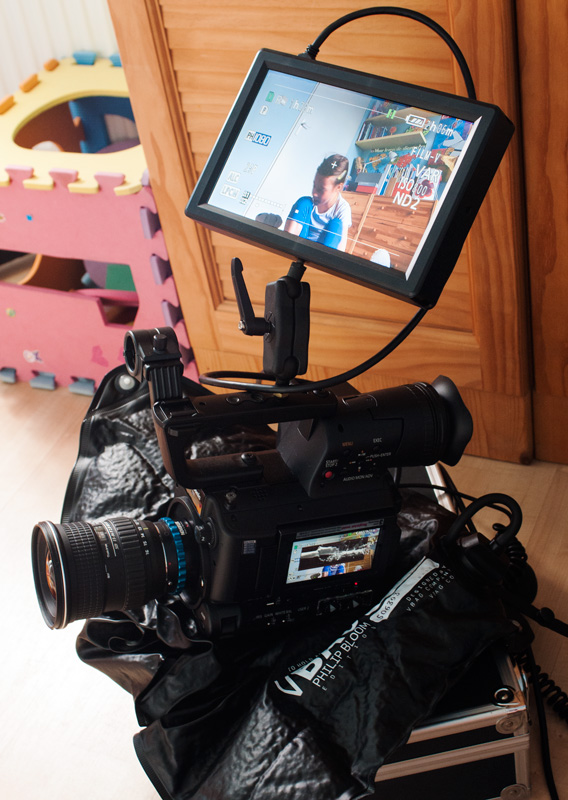 Some time ago I was watching a episode of Film Riot with my daughter, Zoë. It was the episode with the Superman sketch. Zoë really liked it and that immediately made me think about making her “supergirl” in a movie. Then, a couple of weeks later, Film Riot announced their Superhero Monday Challenge and I wanted to use that idea to enter the competition.

The requirements for the Monday Challenge were that it had to be about a “superhero” and that the duration of the video had to be 1 minute or less.

You can watch my film “Zoë Says No” below.

What If Your Kid Was A Budding Superhero?

After watching the Superman sketch and seeing my daughter’s reaction I got the idea of making her the superhero. But what could it be like if your kid was a budding superhero? It could be rather difficult at times. And what could you, as mere mortal parent, do about it? Probably not a whole lot I think. So I took that train of thought and wrote the script for the short film.

I tried to make the film not about the default unbeatable superhero but about a little girl who happens to have super powers but sometimes abuses them a bit. Just as most kids try to stretch with what they can get away with 😉

The Making of the Film

I made this film as a one man crew. As the decision to actually make this film was kind of last minute, I decided to do everything myself. Which is far from an ideal situation as I was also acting (or better: trying to act) in a couple of scenes. Progress was tracked with the Shot Lister app.

I shot the film on the Panasonic AF101. I used the Voigtlander 25mm and Tokina 11-16mm lenses as I was working in rather confined spaces and needed a field of view as wide as possible. Audio from the shotgun microphone was fed directly into the camera using a Sounddevices MixPre as preamp/limiter. For lighting I used a small LED light and two daylight balanced fluorescent lights.

Most scenes were shot on a tripod. For the low angle shots I used the Philip Bloom V-Bag, a really great tool to get your camera fixed in positions not accessible to a normal tripod. The Kessler Pocket Jib was used for the shots where Zoë is running down the stairs.

The scene where Zoë is flying through the air was shot outside in our backyard in front of a collapsible green screen. I used a fan to simulate the wind.

The special effects were done in Adobe After Effects and I used Davinci Resolve for colour grading. I’m rather new to Davinci Resolve but I love the possibilities it offers and will write a future blog post about my experience with it. I think that putting time in decent colour grading of your footage really can lift the production value of your work.

We had fun shooting this little project but the attention span of a seven year old is not big enough to stay focused for a whole day of shooting.  As I was working alone setting up for a new scene took quite some time so Zoë had enough time off between scenes to get her mind on other things. Definitely something to take into consideration if you’re working with young children.

And now a couple of behind the scenes pictures taken during the shoot. View of the setup for the opening scene Shooting greenscreen in the backyard