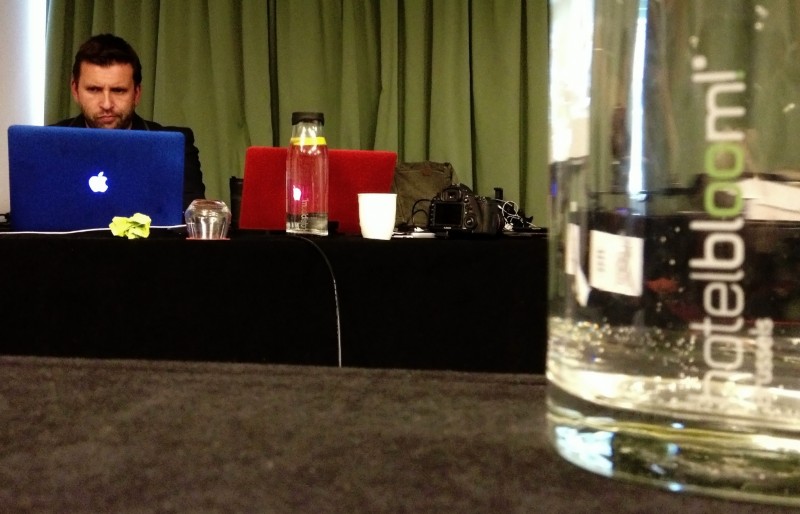 Philip Bloom during the Brussels workshop in hotel Bloom

This week, I attended a 2-day workshop by Philip Bloom in Brussels. There were 24 participants.

During the first day we were given an assignment to shoot a 30 second video about something ordinary and make it look interesting. We had to find a subject and shoot the footage within a 2 hour period. In the evening, after the first day of the workshop had ended, the video had to be edited.

In the morning of the second day we watched everybody’s videos and discussed them. It was interesting to see what everybody had come up with and what they used to visualise their ideas. I made two videos of objects in my hotel room.

The first video, “Sitting”, is the one I presented at the workshop.

For the second video, “Ma Chère”, I used additional footage I shot of interesting artwork on the walls of the hotel room. My initial idea was to use both images together in one video but while editing I decided to make two separate videos with the available footage. Thanks to the artist, Martin A. Dege, for his kind permission to use his art in the video.

All in all I had a great workshop. Philip is a very animated speaker and there was a lot to learn from just what he was telling from his 20+ year of experience. The assignment wasn’t really something I would like to do regularly but it did teach me to look at things differently. I would generally like more time to think about the video and plan things more but as an exercise this was just great.