On Friday night the longest Moon eclipse of the century occurred and I took some photos of this event.

I couldn’t see the first part of the eclipse as the Moon was just above the horizon and it wasn’t visible from my location. From the roof of my house I could see the Moon when it was already totally eclipsed. At first it was rather dim as there where some hazy clouds at the horizon but the Moon became more clear as it climbed into the sky. 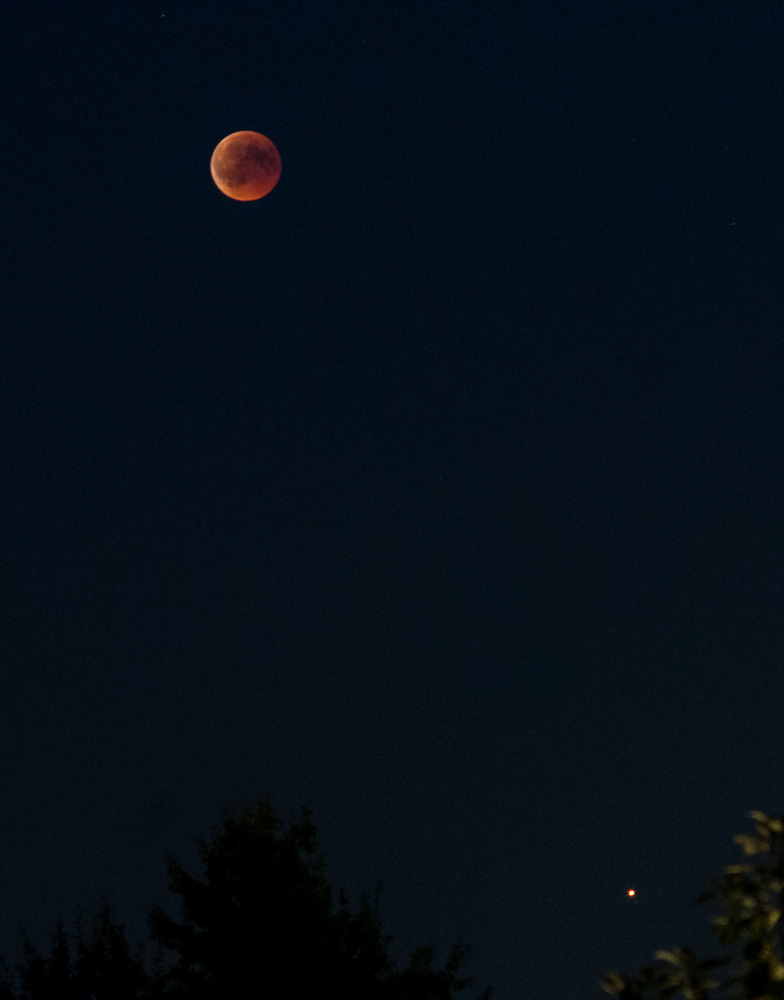