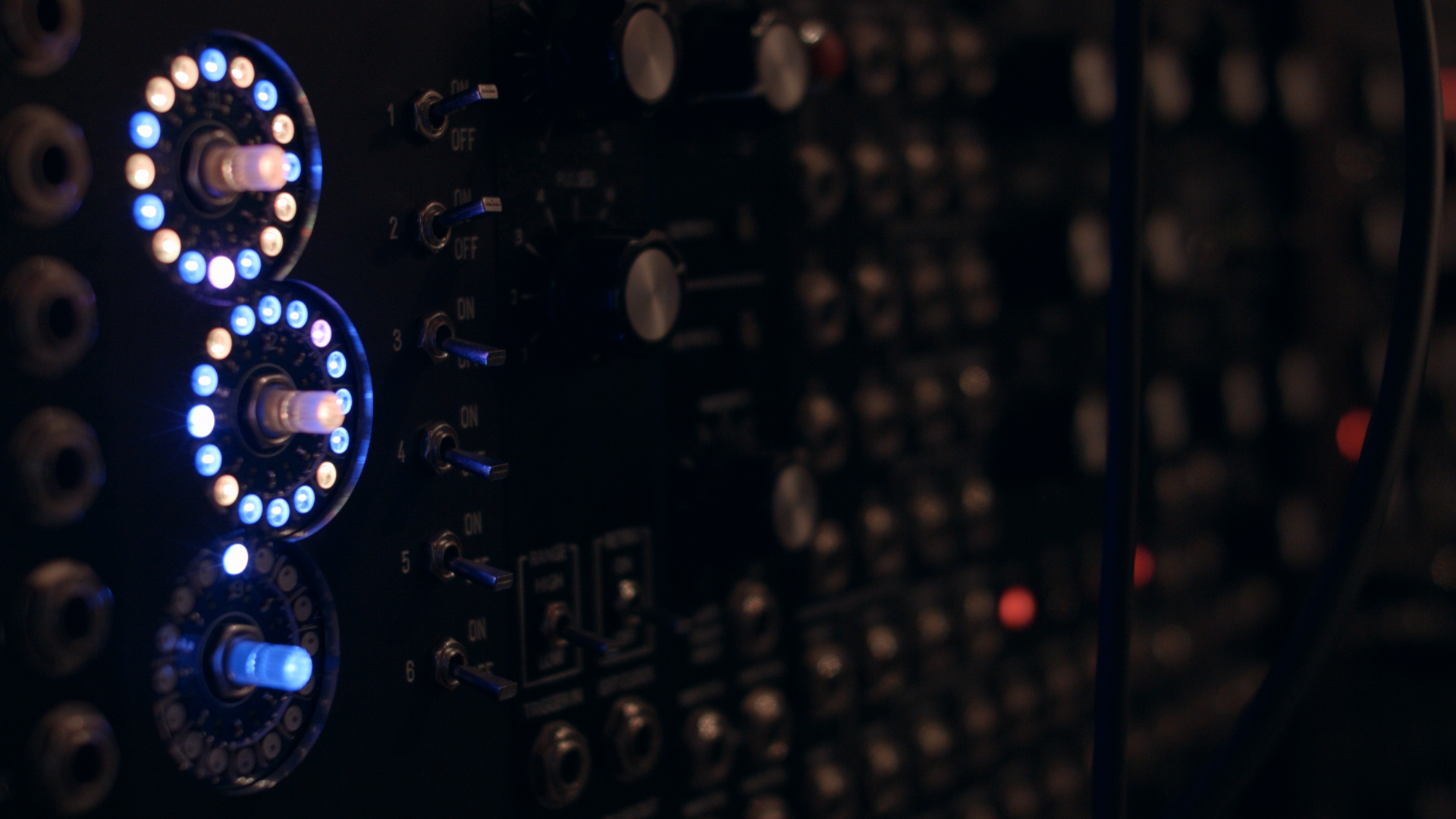 Yesterday evening I created a glitchy groove on my home build modular synthesizer and Midibox sequencer which you can see and hear below.

I used 4 audio tracks for this live recording. One for the drum sounds from the Arturia Drumbrute (MIDI clocked by the Midibox sequencer) and the other 3 for the modular synthesizer voices. The DrumBrute plays one simple 64 step pattern but I used the random function to add some variation to it.

The modular was clocked via analog clock from the Midibox sequencer. The main chord-like voice is my MOTM version of the Eurorack Braids oscillator, CV controlled by the sequencer, going through a Roland SDE330 delay. One voice is the Mutant Bassdrum processed by a Roland SRV330 reverb. The Mutant Bassdrum is triggered by a Euclidean Circles module which is fed a divided by 4 clock via a 4ms Rotating Clock Divider. The third voice is an Oakley VCO through an Oakley Cota VCF (24dB/oct mode), processed by a Lexicon MPX550. This VCO is controlled by a Turing Machine module which is also clocked from the Midibox sequencer.
All recorded live into Cubase.

The video was shot with the Blackmagic BMCC and edited and graded in Davinci Resolve 15.