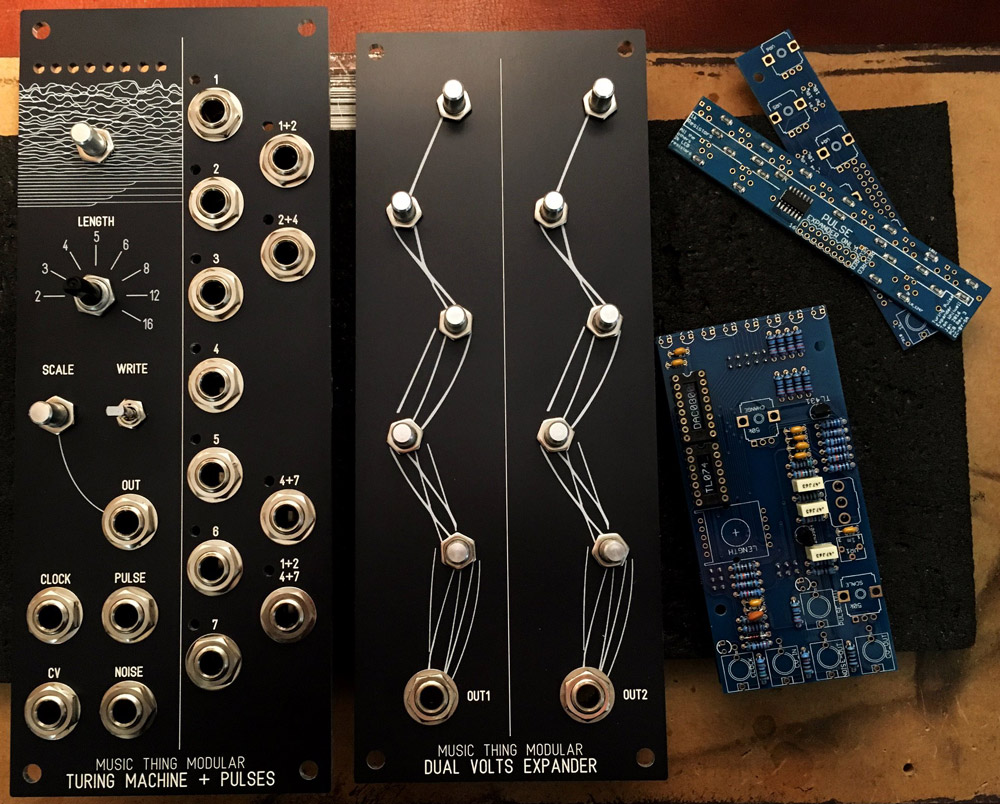 After watching a few demos of Music Thing Modular modules I decided to build them myself. However, these modules are in Eurorack format and I don’t have any Eurorack. So I designed 5U panels for them and ordered those via Schaeffer AG in Germany. Not the cheapest solution but the quality is great and the standard delivery time is about 9 days.

The first module I build was Radio Music. A sample player which emulates a voltage controlled radio station. It’s great fun playing around with this and it really adds something new to my modular.
I designed the panel in such a way that the standard PCB fits perfectly behind the panel. The LEDs have to be bend a bit as I spaced them a bit higher than the original Eurorack layout. The input and output jacks follow the standard MOTM grid on the bottom of the panel and have to be hand wired to the PCB as shown in the pictures below. If you want to make a 5U version of the Radio Music yourself I included my panel design below (for non-commercial use only!).

The second Music Thing Modular module I build was the Turing Machine with Pulses and Volts Expanders extensions. I designed two front panels (2U width) for these as shown below. I made a custom Aluminium bracket to mount the PCBs behind the panel. If you want to make a 5U version of the Turing Machine and extensions yourself I included my panel design below (for non-commercial use only!). Backside of the panel with custom PCB bracket