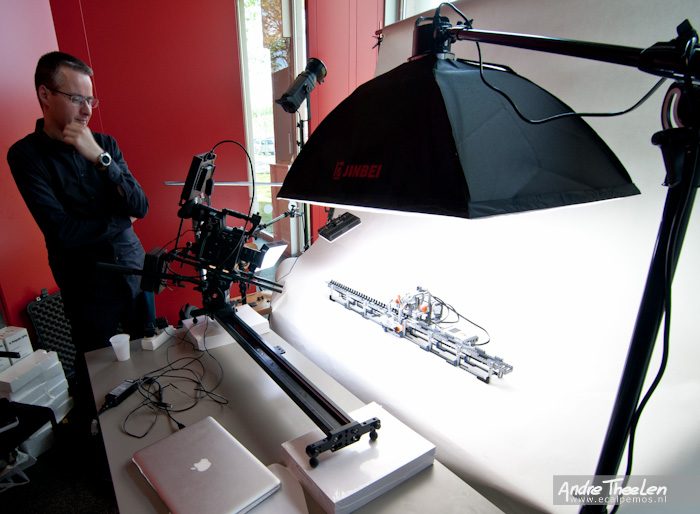 Today I shot a promo video for CWI (Centrum Wiskunde & Informatica) in Amsterdam. They built a working Turing Machine out of Lego building  blocks for their upcoming exhibition about Alan Turing and wanted a promo video they could use for promotional activities and for showing at the exhibition.

It was great fun but it took all day instead of the 4 hours I had planned initially. Lighting the different shots we planned took far more time than I had expected. As it was basically a product shoot, I noticed that I spent a lot of time watching and tweaking lighting details to make the shot as perfect as possible. I will post more information as soon as the final video is ready.